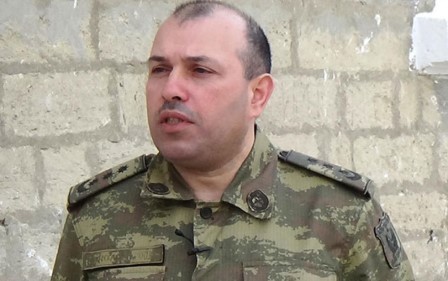 He was commenting on reports of Armenia buying Russian military equipment on credit.

Earlier, Armenian Defense Ministry spokesman Artsrun Hovhannisyan said that the process of arms supplies from Russia to Armenia on a credit agreement has already begun.

Dargahli said that for a country engaging in a war, $200 million is a petty amount, which is absolutely insufficient to equip the army with weaponry.

“Considering corruption and bribery is raging throughout Armenia and the country’s political leaders are all criminal elements, it is highly likely that an overwhelming portion of this money is going to be embezzled by the same regime,” the spokesman noted.


He added that the weapons and military equipment Armenia has been buying from Russia over recent years are outdated.

Outdated weapons and military equipment, which were made years ago and not used, are being sold on credit to Armenia, according to Dargahli.

“We have witnessed this during the military operations in early April. As most of the shells fired by the Armenian side during the latest hostilities were old, they remained unexploded and just stuck in the ground. The shells were removed and destroyed by our servicemen,” the spokesman said, calling Armenian officials’ statements on the purchase of weapons from other sources are bluff.

Dargahli went on to say that in April, Armenia’s defense ministry stated that local diaspora organizations abroad collected about $6 million assistance for the country’s armed forces. “This amount can only be enough for the funerals of the Armenian servicemen killed in April and the assistance allocated to silence the bereaved families.”

He emphasized that Armenian Defense Ministry spokesman Artsrun Hovhannisyan’s claims that the military equipment produced in 1980s is in “super state” are another fiction of Armenians, because it is nonsense to compare weapons produced 30 years ago with modern ones.

Dargahli underlined that under the instructions of Azerbaijani President, Supreme Commander-in-Chief Ilham Aliyev, a large amount of funds was allocated in order to create additional military reserves and equip the country’s armed forces with the most modern weapons and equipment.