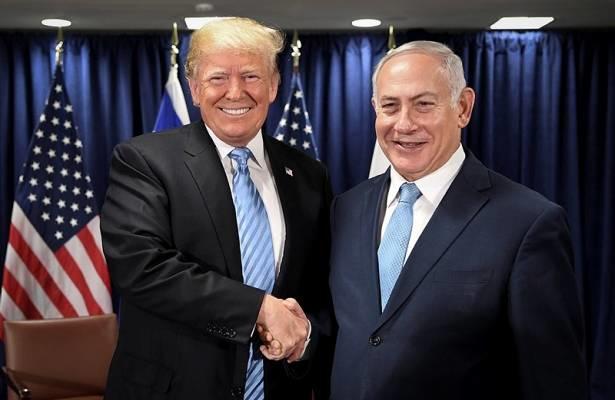 Netanyahu tweeted that Trump had called him from Air Force One. The president was on a flight to Texas.

Netanyahu secured a clear path to re-election on Wednesday, and a record fifth term in office, with religious-rightist parties set to hand him a parliamentary majority, despite a close contest against his main centrist challenger.

“Trump warmly congratulated (me) and the Israeli people,” Netanyahu tweeted.

“(I) thanked President Trump for his tremendous support for Israel, including recognition of Jerusalem and the Golan,” he said.

Netanyahu said that, in the telephone call, he also thanked Trump for designating Iran’s elite Islamic Revolutionary Guard Corps as a terrorist organization on Monday.

In remarks to reporters at the White House, Trump said Netanyahu’s re-election improved the chances of peace between Israel and the Palestinians.

“Everybody says you can’t have peace in the Middle East, with Israel and the Palestinians,” Trump told reporters at the White House.

“I think we have a chance. I think we have now a better chance with Bibi having won,” he said, referring to Netanyahu, who leads the conservative Likud party, by his nickname.

“He’s been a great ally and he’s a friend. I’d like to congratulate him on a well-thought-out race,” Trump said.