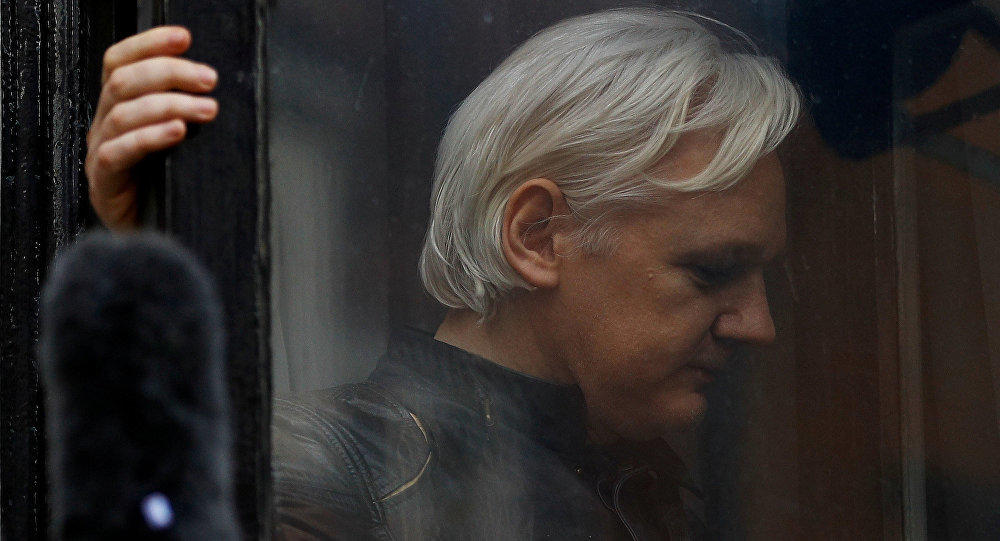 WikiLeaks founder Julian Assange has been arrested at the Ecuadorian Embassy in the United Kingdom and will remain in police custody in central London until he is brought before court, which is set to be as soon as possible, the Metropolitan Police said earlier in the day.

"The hand of democracy" is squeezing the "throat of freedom", she wrote on her Facebook page.

Earlier, the London Metropolitan Police reported that Assange had been arrested at the Ecuadorian Embassy and is currently at a police station.

Russian presidential spokesman Dmitry Peskov has also commented on the matter, saying that the Kremlin hopes the rights of WikiLeaks founder Julian Assange, who was arrested in London earlier on 11 April, will be respected.

"He was arrested in London, so I can't say anything now. We certainly hope that all his rights will be respected", Peskov told reporters when asked whether it was possible Russia would grant Assange asylum.

The arrest was made after Ecuadorian authorities withdrew Assange’s asylum, thanks to which he had been able to reside on the territory of the Ecuadorian Embassy in London for seven years.

Assange rose to fame after a number of publications exposing classified documents about US military operations in Afghanistan and Iraq and about the conditions of Guantanamo prisoners. In 2010, the WikiLeaks founder, who has been targeted by US officials for leaking the documents, went to Sweden where he had intended to receive protection. However, he was soon accused of sex crimes in Sweden, but denied the allegations. A Swedish court put him on an international wanted list, after which Assange was detained in London, but was soon released on bail and went to the Ecuadorian Embassy in London.