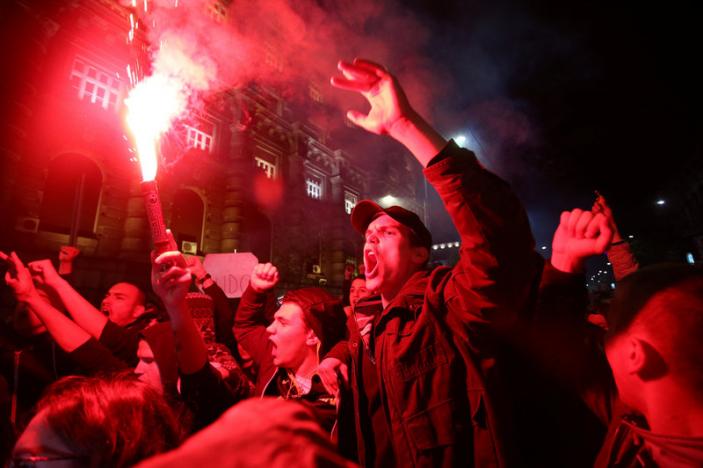 A massive pro-government rally called “The Future of Serbia” kicked off in the country’s capital of Belgrade.

The rally was marked by rock and folk singers’ performances, with Vucic himself promising a "carnival atmosphere" to the people in attendance.

The president addressed the demonstrators in front of the National Assembly, describing the people who gathered in Belgrade as those who “want a worthy and honest Serbia” and who “would not threaten and destroy”.

According to local police estimates, up to 150,000 people have taken part in this gathering.