Guaido urges Venezuelans to take to streets on May Day 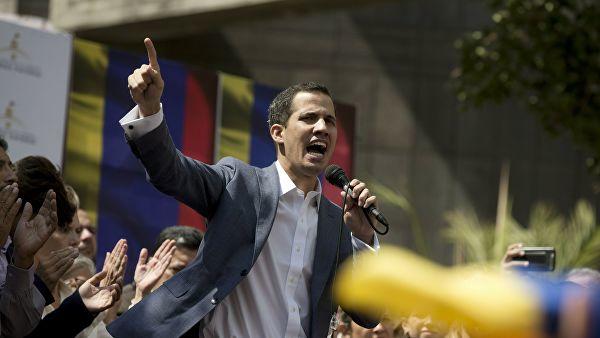 "I am calling on the armed forces to continue their march in Operation Freedom. Tomorrow, May 1, we will continue…across all of Venezuela. We will be on the streets," Guaido said late Tuesday in a video message on Twitter.

Earlier, he called on Venezuelans to take to the streets to support "democratic forces" and "recover the country's freedom" after sympathetic military officials released Leopoldo Lopez, an opposition leader who had been detained since 2014 for leading anti-government protests.

Chilean Foreign Minister Roberto Ampuero said on Twitter that Lopez, his wife Lilian Tintori and their daughter had entered Chile's embassy in Caracas as guests.

Ampuero added that Lopez and his wife moved to the Spanish embassy.

Earlier Tuesday, Guaido released a video in which he could be seen alongside a small contingent of uniformed military personnel and armored vehicles calling for an uprising to end the "usurpation" of Maduro.

He stressed that it was the beginning of the final phase of “Operacion Libertad”, or Operation Liberty, to oust him.

“The National Armed Forces have made the correct decision. They have the support of the Venezuelan people," Guaido said.