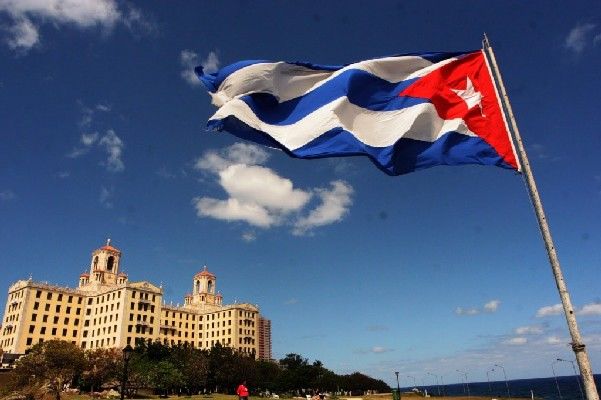 The Cuban President, Miguel Diaz-Canel, has rebuffed statements uttered by Donald Trump who threatened to harden even more, including a naval siege, the economic, financial and trade blockade imposed on the island for Havana's friendship toward Venezuela.

Axar.az reports citing foreign media that 'we strongly reject the threat of total and full blockade pronounced by Trump against Cuba. There are no military, nor Cuban troops in Venezuela. We call on the international community to stop this perilous aggressive escalation and preserve peace. Enough of lies,' the President wrote in his Twitter account @DiazCanelB.

During the failed coup attempt in Caracas on Tuesday, Trump and members of his administration voiced their support for the anti-democratic action and repeated their allegation that the Cuban Government has troops in Venezuela.

Rodriguez called Trump's National Security adviser John Bolton a pathological liar after he said on April 17 that the minister had admitted the deployment of 20,000 'Cuban hugs' in Venezuelan territory.