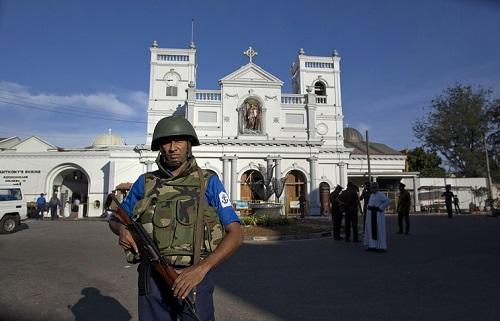 Sri Lanka's Catholic cardinal has received "foreign information" that attempts would be made this week to attack a church.

According to a letter he sent to church officials that appeared on social media on Thursday, Cardinal Malcolm Ranjith - archbishop of Colombo - said he was closing churches and Catholic schools throughout Sri Lanka and canceling public congregations for mass "until further notice".

"For your own good, we have decided to close down those institutions," wrote Ranjith, who is also an outspoken critic of the Sri Lankan government's apparent failure to act on Indian government intelligence in advance of the Easter attacks.

Church spokesman Reverend Edmund Thilakaratne in an interview confirmed the authenticity of the letter to The Associated Press but declined to disclose further details, including the source of the foreign information.

The Islamic State of Iraq and the Levant (ISIL or ISIS)-linked group of Sri Lankan nationals carried out coordinated suicide bombings on Easter Sunday at three churches and three luxury hotels on the island that killed 257 people.