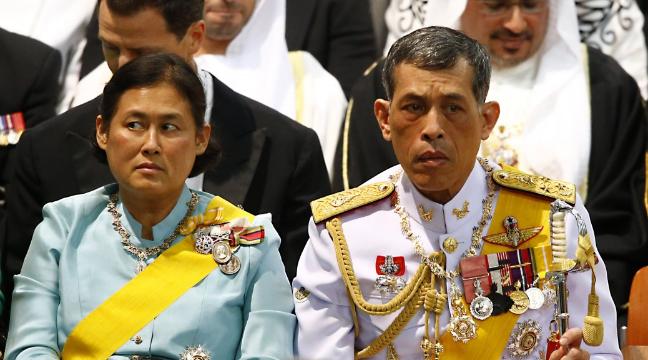 Thailand’s King Maha Vajiralongkorn was formally crowned as a divine monarch on Saturday.

The king donned the 7.3 kg (16 lb) Great Crown of Victory as part of the elaborate coronation ceremonies mixing Buddhist and Hindu Brahmin traditions.

King Vajiralongkorn, 66, became constitutional monarch after the death of his revered father, King Bhumibol Adulyadej, in October 2016 after 70 years on the throne. The coronation follows a period of mourning.