2 more arrested over attack on journalist in Turkey 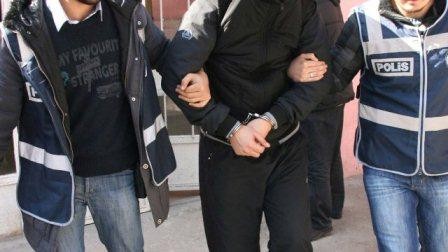 Two more suspects were arrested Saturday over Friday's gun attack targeting Turkish journalist Can Dundar, who was on trial in Istanbul's Caglayan courthouse on charges of revealing state secrets.

According to the Istanbul Police Department, the suspects were reported to be associates of the gunman arrested at the scene, identified as Murat S. Their arrest brings the number of detained suspects to three.

Dundar was not wounded in the attack, but a Turkish news channel correspondent, Yagiz Senkal, was slightly injured.

Following the attack, Dundar, the editor-in-chief of Cumhuriyet newspaper, and Erdem Gul, the paper's Ankara bureau chief, were convicted by an Istanbul court and sentenced to five years and 10 months and five years in prison, respectively.

The duo was put on trial following the publication of images purporting to show arms being transported to Syria in trucks belonging to Turkey's National Intelligence Organization, also known as the MIT.

The 14th High Criminal Court acquitted Dundar and Gul of charges of attempting to overthrow the government, while ordering that the charges of "knowingly and willfully" helping the terrorist FETO/PDY organization or the so-called "parallel state" be separated from the trial.

Their case was linked to searches carried out on MIT trucks on two occasions in January 2014. Last May, Cumhuriyet ran a story and images claiming to show the discovery of arms in the Syria-bound trucks.

The two defendants were arrested late last November and held in prison until Feb. 26, when Turkey's Constitutional Court ruled that their rights had been violated and ordered their release.