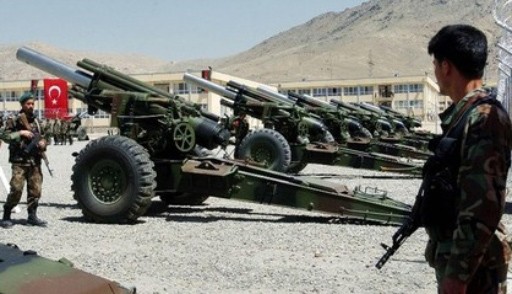 Speaking on condition of anonymity because they were not authorized to speak with the media, the sources said Sunday that the Turkish army spotted Daesh targets north of Aleppo and destroyed the targets with multiple-launch rocket systems.

The sources also said that the strikes happened after a recon operation in the Baragitah area where Turkish security forces along with international coalition forces often target Daesh.

Turkish towns and provinces have been repeatedly struck by fire from across the Syrian border since mid-January.

The Saturday operation came the same week as Turkish artillery shelled targets in Syria in retaliation for Daesh cross-border rocket attacks on the southeastern city of Kilis.

Turkey has been under indiscriminate rocket attacks from neighboring Syria since mid-January. In the Kilis province alone, the local governor has confirmed that a total of 20 people have been killed and almost 70 others wounded by rockets which have fallen inside Turkish territory.