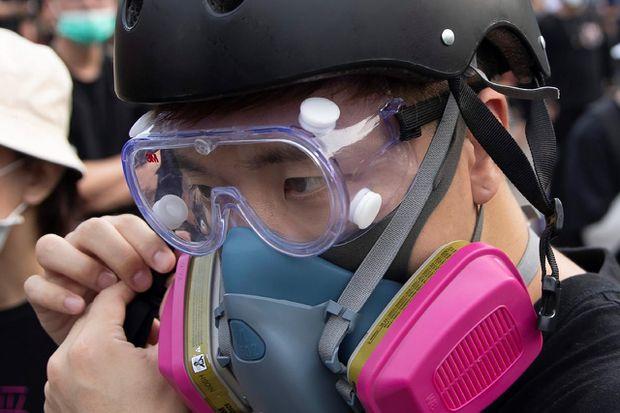 On a recent sweltering Saturday, a day now reserved for protest in Hong Kong, a demonstrator named Wayne stepped past a row of plastic barricades, lifted a pair of binoculars and squinted.

It was a familiar sight for Wayne after more than two months on the front lines of Hong Kong’s turbulent pro-democracy demonstrations. Along with hard hats and homemade shields, face-offs with police have become part of the 33-year-old philosophy professor’s new normal.

To Lam, these are “violent rioters” bent on destroying the city’s economy. To China’s ruling Communist Party, their actions are “the first signs of terrorism.”

On the night of the airport beating, Wayne couldn’t get through the crowd to see what was happening, but he understood how the attackers felt.

“I would have done the same thing,” he said. “It’s not rational, but I would have kicked him or punched him at least once or twice.”