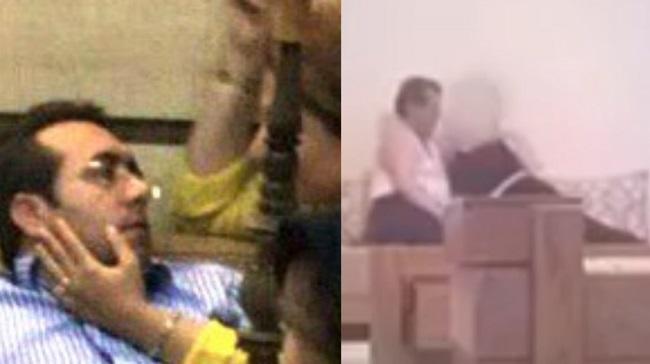 In Iran, everyone is talking about the sextapes of two Iranian politicians that were leaked on social media in early August. This is the first time that such compromising videos of politicians have been leaked since the 1979 Islamic Revolution. For many Iranians, these videos highlight the hypocrisy of those who fervently defend Islamic morality.

Axar.az reports citing foreign media that the first sextape was posted online on August 4. The four-minute video, which was clearly filmed with a hidden camera, shows Ali Mohammad Ahmadi - the former governor of Kohgiluyeh and Boyer-Ahmad, a province in southwestern Iran - having sexual relations with a woman.

Local media outlets, said to have close ties to Ahmadi, alleged that the politician had been set up by a foreign intelligence agency who tried to force him to travel to Canada and take part in a television program critical of the Iranian government.

Another scandal took place in 2003 when the mistress of Ata'ollah Mohajerani, a former Minister of Culture close to President Mohammad Khatami, said that she wanted to be recognised officially as his wife, which he allegedly refused (polygamy is allowed under Iranian law but it is a societal taboo). In the wake of the scandal, Mohajerani ended up resigning and then moved to the United Kingdom in 2004.