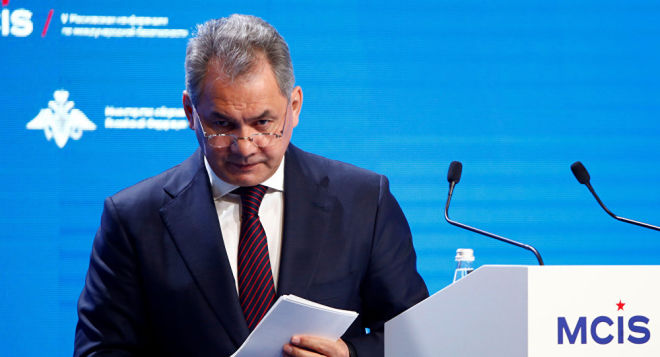 Minister Sergei Shoigu praised on Tuesday the work of Russian servicemen who cleaned up more than 113,000 square kilometers (43,600 square miles) of metal, household and construction waste in the Arctic region.

Axar.az reports citing foreign media that according to him, further steps have been outlined at today's meeting on how to improve the environmental situation in the Arctic.

"Our servicemen have perfectly coped with the task. Over 113,000 square kilometers of the contaminated territory was cleared ... In accordance with the plan, the work was carried out on the Novaya Zemlya archipelago, the islands of Kotelny and Wrangel, in the area of the Alykel aerodrome," Shoigu said at a meeting.

The minister recalled that the decision to engage the Russian Armed Forces in eliminating waste in the Arctic region was made by the supreme commander in 2014.