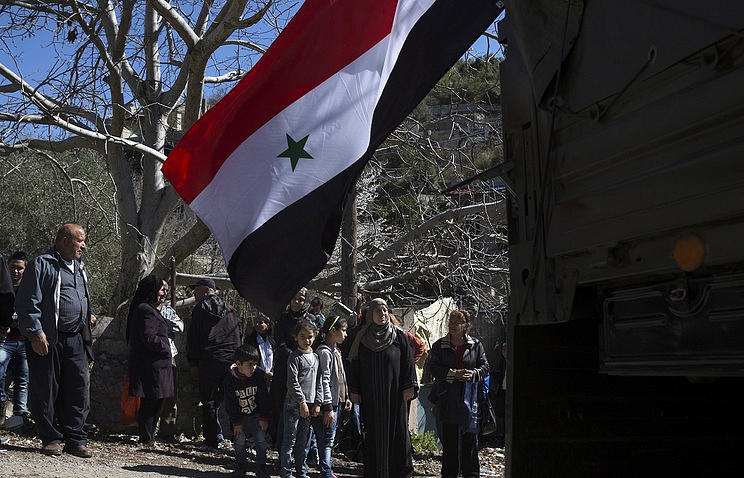 Turkey has given assurances on respecting international humanitarian laws while carrying out its peace operation in northeastern Syria, UK's envoy to the UN said Thursday.

Karen Pierce told reporters British Foreign Minister Dominic Raab expressed "serious concerns" about the operation to his Turkish counterpart, Mevlut Cavusoglu, and he drew attention to a fact there is risk to increasing humanitarian suffering.

"We are in touch with our Turkish colleagues," Pierce said ahead of the UN Security Council meeting to discuss Turkey's Operation Peace Spring east of the Euphrates River.

Pierce also praised Turkey for its "extraordinary generosity" towards Syrian refugees. "That really has been a tremendous humanitarian effort by Turkey, which we thanked for," she said, adding that Ankara plays an important role in NATO and a very important partner of EU.

She also said UK awaits more details from the UN regarding the operation.

On Wednesday, Turkey launched Operation Peace Spring east of the Euphrates River in northern Syria after Trump announced the withdrawal of U.S. troops from "the immediate area."

Ankara wants to secure its borders by eliminating terrorist elements from PKK and its Syrian offshoot, PYD-YPG, and to ensure the safe return of Syrian refugees as well as Syria’s territorial integrity.

In its more than 30-year terror campaign against Turkey, the PKK -- listed as a terrorist organization by Turkey, the U.S. and the EU -- has been responsible for the deaths of 40,000 people, including women, children, and infants.