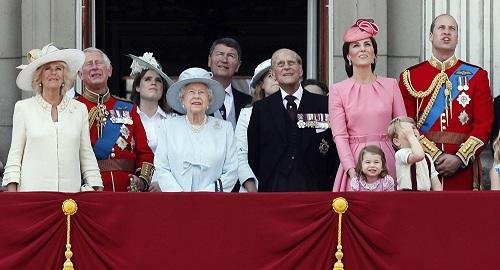 Politicians, Royal Family members and veterans are commemorating those who lost their lives in conflict as the UK marks Remembrance Sunday.

At 11:00 GMT, a two-minute silence was held across the country.

Boris Johnson, Jeremy Corbyn and Jo Swinson broke away from the election campaign to attend the annual ceremony at the Cenotaph in London.

Prince Charles laid a wreath during the service on behalf of the Queen, who was watching from a balcony.

The beginning and end of the two minutes' silence were marked by the firing of a gun by the King's Troop Royal Horse Artillery.