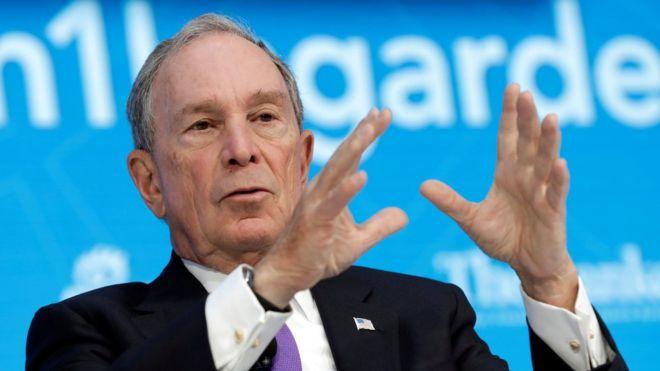 Billionaire former New York Mayor Michael Bloomberg has officially announced he is standing to be the Democratic Party presidential nominee.

In a statement, the 77-year-old said he was standing "to defeat Donald Trump and rebuild America".

"The stakes could not be higher. We must win this election," Mr Bloomberg wrote.

He joins 17 other candidates vying for the Democratic nomination to take on Mr Trump in 2020.

Mr Bloomberg is said to be concerned the current field is not strong enough to challenge the president.