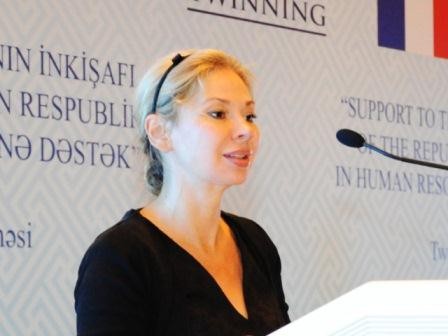 The European Union has implemented 213 projects in Azerbaijan in various spheres until 2016 through the TAIEX program, head of the EU Delegation to Azerbaijan, Malena Mard, said May 24 in Baku.

She made the remarks addressing a workshop on operations and management in sea ports.

Mard noted that the operations within the TAIEX program started 10 years ago in EU's neighbouring countries and more than 3,000 projects in the spheres of transportation, food security and energy have been implemented over those 10 years.

With its geographical location, Azerbaijan has a great potential to turn into a transportation and logistics center connecting the North with South and the East with West, she added.

Head of the EU Delegation noted that the expansion of cooperation between the Baku Sea Trade Port and European ports, the use of advanced world technologies there, is an important step for reaching this goal.

Mard said she believes that the Baku Sea Trade Port will play an important role in turning Azerbaijan into Eurasia's transportation center.