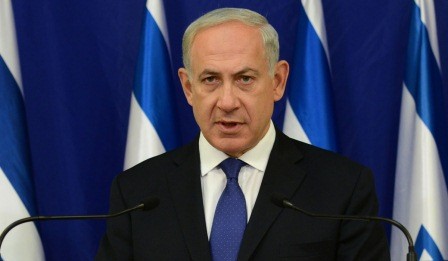 Israeli Prime Minister Benjamin Netanyahu has sent a congratulatory letter to Azerbaijani President Ilham Aliyev on the occasion of 28 May – Republic Day.

“Mr. President, please accept my sincere congratulations on Azerbaijan’s national holiday – Republic Day – on behalf of the people and government of Israel,” the Israeli PM said in the congratulatory letter.

Israel attaches a high value to its relations with Azerbaijan, according to Netanyahu.

“Over the 24 years since the establishment of diplomatic relations, we have established strong strategic partnership based on true friendship and mutual interests. Relations between the two countries have reached a new level under your leadership,” the Israeli PM said.

He expressed hope for further expansion of cooperation between the two countries.

“Your Excellency, the 98th anniversary of the establishment of the Azerbaijan Democratic Republic is a fine opportunity to celebrate the achievements of your country since gaining independence. On this auspicious day I would like to reaffirm my commitment to friendship between our countries. I wish you, your family and your people well-being, success, and sustainable development,” the Israeli PM said in the letter.