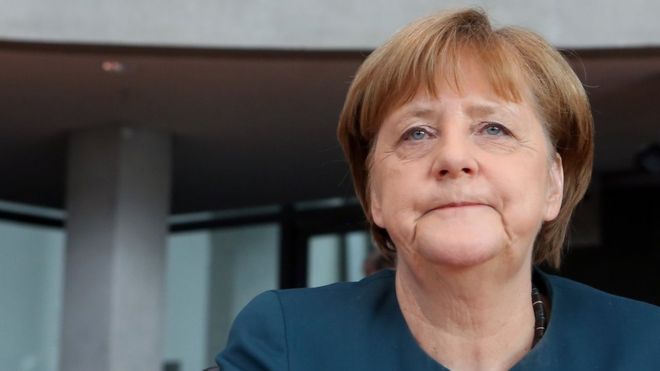 Chancellor Angela Merkel decried new U.S. sanctions against the Nord Stream 2 pipeline as “not compatible” with Germany’s interpretation of legal standards and said the project should be completed.

Axar.az reports citing foreign media Germany is preparing to strike back against the U.S. if President Donald Trump follows through on his threat to kill off the NordStream 2 gas pipeline with additional sanctions, officials familiar with the discussions have said.

“We will act in this context,” Merkel said in Berlin on Wednesday as lawmakers queried her on the first day of Germany’s six-month EU presidency.