Johnson: ‘Annexation will set back prospects for peace’ 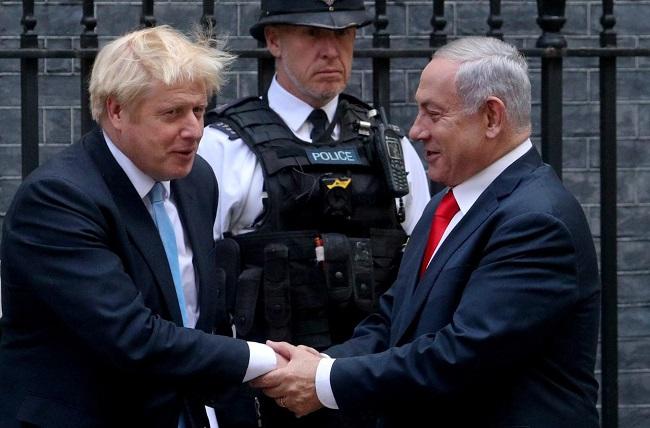 UK PM made clear to Israeli counterpart his opposition to the move, but 'reiterated personal support for Israel and urged Netanyahu to return to negotiations with Palestinians'

Axar.az reports citing foreign media that Boris Johnson has expressed concern at Israel’s plans to annex parts of the West Bank in a telephone call with Benjamin Netanyahu.

The Prime Minister told his Israeli counterpart that the move would “set back the prospects for peace in the region”, Downing Street said.

However, the plan appears to be on hold as Israel awaits a green light from Washington and deals with a fresh coronavirus outbreak.

“The Prime Minister set out his concerns about plans to annex parts of the West Bank unilaterally and cautioned that this would set back the prospects for peace in the region. Writing in the Yedioth Ahronoth newspaper, he said: “Annexation would put in jeopardy the progress that Israel has made in improving relationships with the Arab and Muslim world.