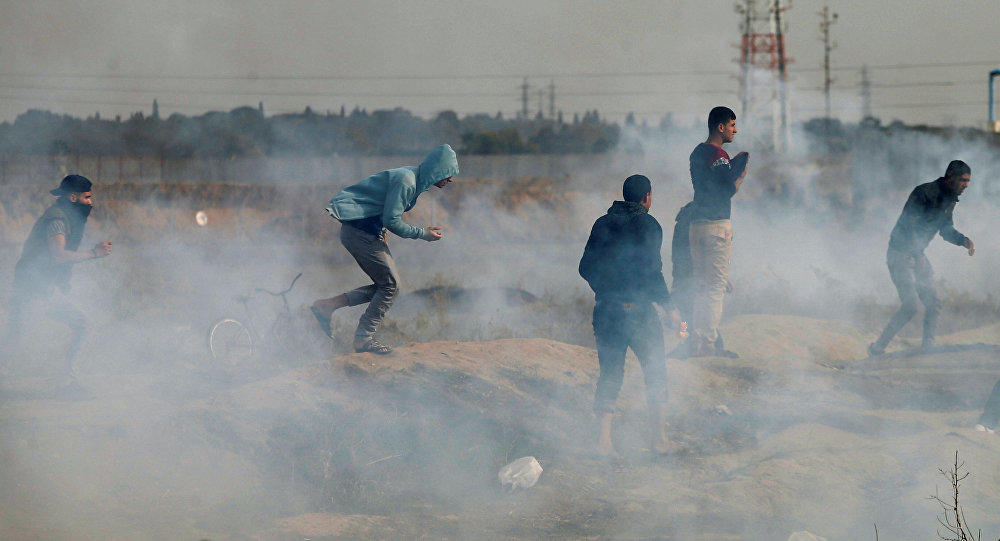 According to Palestinian figures, more than 700,000 Jewish settlers now live on 196 settlements across occupied West Bank.

Axar.az reports citing foreign media that Israeli settlers on Thursday vandalized Palestinian vehicles in a suspected “price tag” attack in the occupied West Bank, according to a Palestinian official.

“Dozens of Jewish settlers stormed the town of Allubban near Nablus city and attacked Palestinian vehicles,” Ghassan Daghlas, a Palestinian Authority official who monitors settlement activities in the northern West Bank said in a statement.

The settlers slashed the tires of twelve vehicles and sprayed racist slogans as “Death to the Arabs” on the walls of several homes in the town, he said.

On Wednesday, settlers burned and cut dozens of olive trees in villages near the Nablus city amid the rise of tension due to Israel’s plan to annex parts of West Bank, including the Jordan valley.

"Price tag" vandalism is a strategy used by extremist Jewish settlers to attack Palestinians and their property in West Bank and Jerusalem in retaliation for "perceived threats" to Israeli settlement expansion.