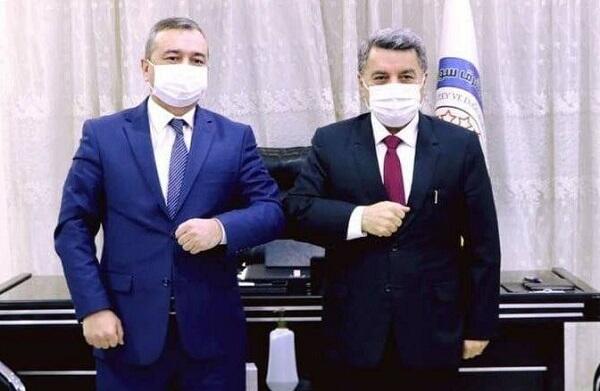 A delegation led by Adviser to the President of Uzbekistan Mehriddin Khairiddinov met with Abdulkarim Omarov, chairman of the PYD/YPG's "foreign relations department" in northern Syria.

It is said that this meeting of Uzbek officials has caused strong criticism.

Details of the meeting were not disclosed.