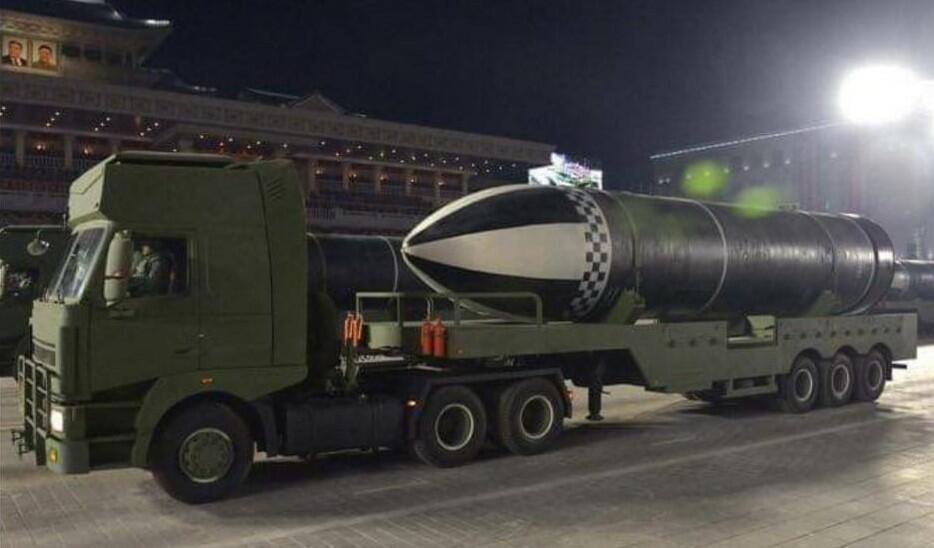 North Korea displayed what appeared to be a new submarine-launched ballistic missile (SLBM) at a parade on Thursday night, state media reported, marking the end of a political congress at which leader Kim Jong Un admitted severe failings but pledged to boost the country’s military might.

Axar.az reports citing foreign media that clad in a black leather coat, gloves and fur hat, Kim smiled and waved as he watched the parade in a flood-lit Kim Il Sung Square.