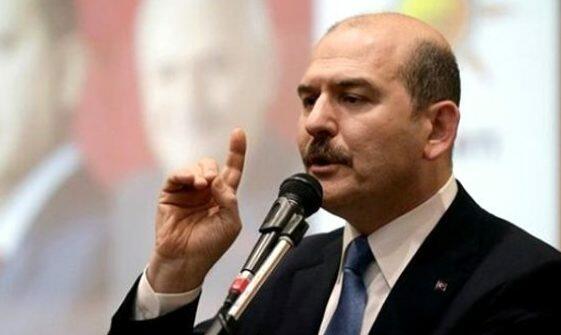 A helicopter carrying Turkish Interior Minister Suleyman Soylu made an emergency landing in Bilecik due to heavy fog.

Axar.az reports that the minister left for Inegol district of Bursa by helicopter to attend the funeral of the martyr.

However, due to unfavorable weather conditions and heavy fog, the helicopter made an emergency landing at Belicik Edabali Stadium. After that, Soylu drove to the address.