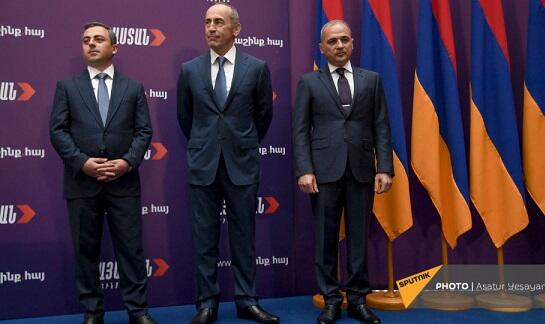 Axar.az reports that the signing ceremony took place in one of the hotels in the center of Yerevan.

The new bloc is called "Armenia".