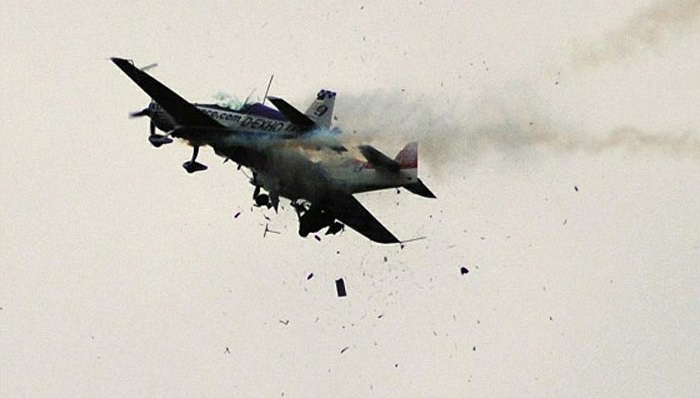 "L-410 aircraft took off from the Tanai airfield and then tumbled on the left wing," a spokesman for the local emergencies ministry said. The aircraft carried 17 parachute jumpers. Seven dead and eight wounded."