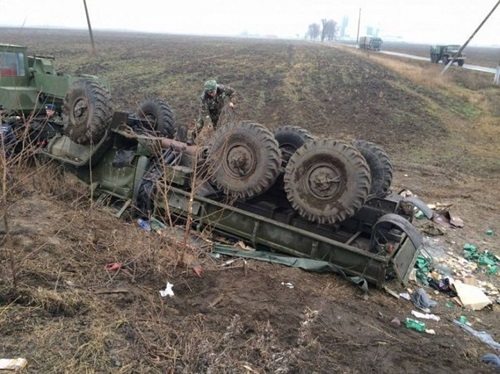 Today, Armenian servicemen had an accident in Armenia's Lori province.

As a result of the accident, Armenian mercenaries Mger Grigoryan, 30, and Artyom Hakobyan, 34, were seriously injured.

The Armenian Interior Ministry has updated the information on the dead and wounded in today's shooting.

It was stated that the Armenian army lost 3 soldiers and wounded 4.

It was noted that currently the situation at the border is stable.

The Armenian side has announced the number of Armenian servicemen wounded in today's shooting.

According to the latest information released by the Armenian Investigative Committee, the number of injured has reached 5.

It should be noted that Armenian Telegram channels reported that 5 Armenian soldiers were killed.