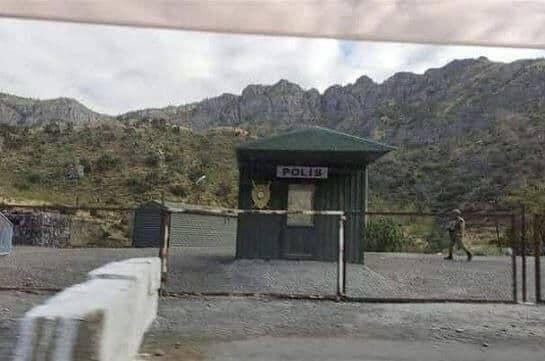 As of today, Iranian trucks have been inspected at the Azerbaijani police post on the Gorus-Gafan road passing through Azerbaijan.

Axar.az reports that the statement came from the National Security Service of Armenia. It was stated that the Azerbaijani police will check the trucks coming from Iran starting from 12:00 today.

It is said that the reason for this is that trucks from Iran later put on Armenian license plates and went to Khankendi via the Lachin corridor.

It should be noted that from August 11 to September 10, 58 Iranian trucks entered Karabakh illegally, 55 of them returned, and 3 trucks are still in Khankendi. Photos and videos confirming the information also show that Iranian trucks are trying to use Armenian license plates to cover up.

Although it is not clear what these trucks were carrying to Khankendi and why this misconduct was committed, the Azerbaijani Interior Ministry has already appealed to the Russian peacekeeping command to act in accordance with the November 10, 2020 tripartite statement and prevent Iranian vehicles from entering Karabakh.

It should be noted that a police post was recently established on the Gorus-Gafan road passing through Azerbaijan. It was noted that he was near Eyvazli.