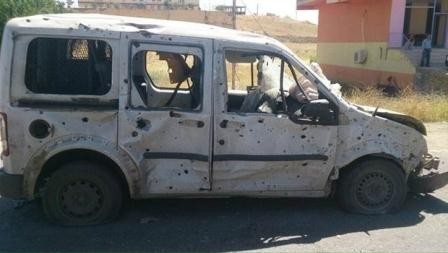 A Turkish police vehicle was targeted by a Kurdistan Workers' Party (PKK) bomb attack in the Dicle town of southeastern Turkish province of Diyarbakır.

Eight people, two policemen and six civilians, were wounded in the incident.


Many ambulances were sent to the scene and the wounded were taken to Dicle State Hospital.

Many houses and shops were damaged in the incident.