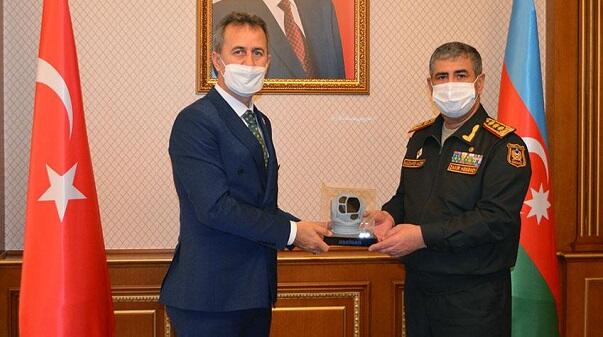 On November 23, the Minister of Defense, Colonel-General Zakir Hasanov, met with a delegation led by Mr Haluk Gorgun, Chairman and CEO of the Turkish company ASELSAN.

Axar.az reports that welcoming the guests, the Defense Minister noted that positive steps had been taken in the field of military and military-technical cooperation between the two countries and that the friendly and fraternal relations between the two countries were important in expanding Azerbaijani-Turkish relations in all directions. The Minister stressed that the technical equipment produced by ASELSAN, used in the Great Patriotic War, is of high quality.