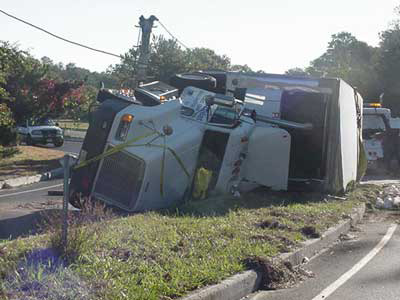 Many people have been killed by a gas truck on Thursday morning at Mokola Roundabout, Ibadan, the Oyo State capital.

Axar.az reports that an eyewitness told SaharaReporters that no fewer than 20 people were killed, although this has not been officially confirmed.

SaharaReporters learnt that a gas truck having difficulty ascending a bridge had brakes failure. The driver of the truck was said to have tried to manoeuvre to the side of the bridge, killing no fewer than 20 people in the process.

An eyewitness said, "No fewer than 20 people have been killed already. The truck's brakes failed and it killed them all. The victims were commercial drivers and motorcycle operators.

"The police are here now. They are controlling traffic already. They are evacuating the corpses already."