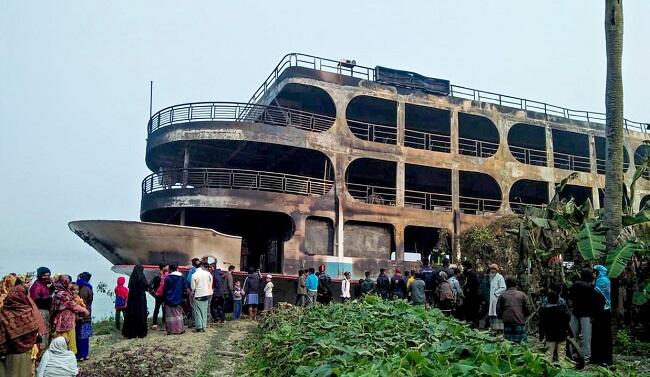 As the blaze ripped through the crowded vessel, many passengers jumped into the river and swam to shore, officials said.

Axar.az reports citing foreign media that a massive fire swept through a crowded river ferry in southern Bangladesh early Friday, leaving at least 39 people dead and 72 injured, as passengers jumped off the vessel and swam to shore, officials said.

The blaze broke out around 3 a.m. (4 p.m. Thursday Eastern) on the MV Avijan-10, which was carrying 800 passengers off the coast of Jhalokati district on the Sugandha River, they said.

Fire officer Kamal Uddin Bhuiyan, who led the rescue operation, said the fire might have started in the engine room. He said 15 fire engines took nearly two hours to control the blaze.