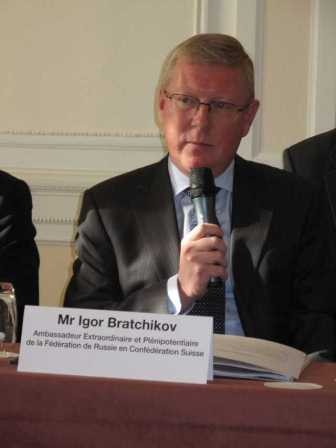 Caspian littoral states may soon to solve the issue of seabed elimination in order to take use of mineral deposits, said Igor Bratchikov, head of the Russian delegation to the multilateral talks on the Caspian Sea, Ambassador-at-large of Russia’s Foreign Ministry, RIA Novosti reported.

He recalled that at the Astrakhan summit in 2014 the leaders of the Caspian countries reached an agreement on the importance of solving the issue of border demarcation between the littoral states in two ways.

“Firstly, it’s necessary to delimitate the Caspian seabed for the littoral states to exercise their sovereign rights to use underground resources. In this regard, bordering countries with divergences are conducting talks in bilateral and trilateral formats. Half of the work is over. The relevant agreements were concluded between Russia, Azerbaijan and Kazakhstan, and between Kazakhstan and Turkmenistan,” said Bratchikov.

He noted that the second way is the distinction of water layer.

“In the future, the Caspian coastal waters will be under the sovereignty of the parties and the adjacent sea belt with exclusive fishing rights will be determined. The talks on determination of such zones are underway in the five-sided format. The convention will regulate period, calculation method, regime and status of the large water area of common use. The most important segment of the document will be the rules of navigation,” said the Russian delegation head.