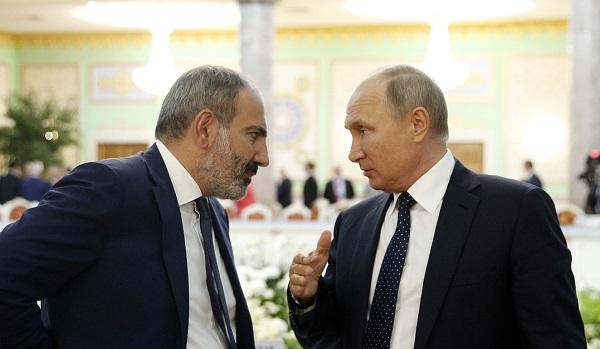 As in Kazakhstan, Nikol Pashinyan asked the Kremlin to send CSTO troops to Armenia.

Axar.az informs tha this was reported by the Baza Telegram channel.

The reason for this is the daily mass protests in Yerevan and other cities that frighten Pashkina.

According to the channel, on the eve of the CSTO summit, Pashinyan addressed an official appeal to the organization.

"Pashinyan was trying to get guarantees from the members of the organization in Moscow. If the situation in Yerevan had become a Kazakh scenario, Russia and other members of the organization would have had to put down an army and suppress mass actions to keep Pashkina in power. The Presidential Administration rejected Pashkina's request and asked him to withdraw it, otherwise the Armenian side was officially told to remove it from the agenda, "the channel said.

"However, he was rejected here as well. The meeting between Pashinyan and Putin was postponed and he waited 5 hours to meet with the Russian president. But in the end he could not agree to resolve the issue with the help of the Russian military."