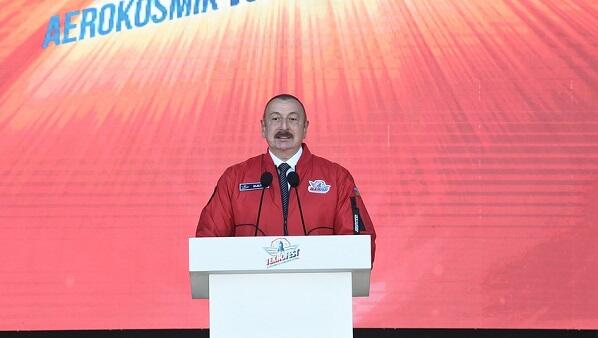 I think there are two more examples today. Although this is beyond modesty, I am with my brother (meaning Turkish President Recep Tayyip Erdogan). We are moving our countries forward on the path to independence.

Axar.az reports that the statement came from Azerbaijani President Ilham Aliyev during his speech at the Technofest Azerbaijan festival.

"I have repeatedly said that Turkey's growing power strengthens us. We have become a major power center in the world by strengthening each other. Turkey's successful development is first and foremost in the name of President Erdogan. to protect the national interests and ensure the independent policy of Azerbaijan.

The brotherhood between us should be an example to all the people of Turkey and Azerbaijan. I would like to thank my dear brother Erdogan and our friends, brothers and sisters from Turkey for being with us on this holiday. I want to express my confidence that Turkey and Azerbaijan will continue to move forward. Long live the Turkish-Azerbaijani unity and brotherhood! Karabakh is Azerbaijan!" Ilham Aliyev said.