Volkov met with Armenians: our flag on the table - Photo 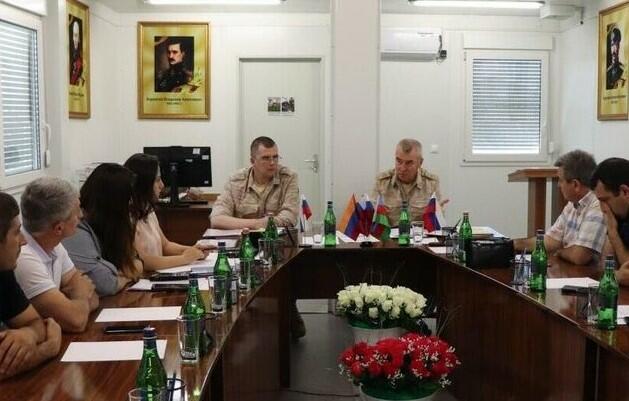 The Azerbaijani flag was placed on the table during the meeting of the Russian peacekeepers' commander Volkov with the "ethnic Armenians" in Karabakh. This is the first event after the war. Until now, the peacekeepers posed with the so-called "flag" of the separatists.

"The presence of the Azerbaijani flag at the meeting with the Armenians is also important in terms of forming the opinion that there is no future for the separatist regime in them.

It is also clear that the Russians did not do it because they liked it or because they wanted to. This may be one of the demands of Baku to the peacekeepers after the last operation," he said.