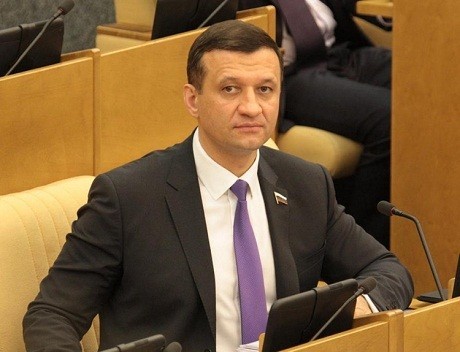 Dmitry Savalyev, a member of the Russian State Duma, head the Russian-Azerbaijani inter-parliamentary friendship group, has issued an open letter on Khojaly tragedy.

The death of people in peacetime – during conflicts between nations is terrible. The worst is that these people are not the soldiers who had taken up arms and fought. Rather, they were elderly, women, and children.

Some 613 people were brutally massacred and more than a thousand people became disabled in Khojaly 24 years ago. The fact that 150 out of 1,275 people taken captive went missing and more than a million people run for their lives and became refugees is an echo of Khojaly. Azerbaijan has been calling out to the world that the victims of this massacre should not be forgotten. The ash of Khojaly is in the heart of every Azerbaijani. Khojaly commemorative events take place in many countries and this is of symbolic nature. If tragedies like Khojaly are forgotten, it may bring about new tragedies. Citizens can only feel safe when the state is powerful enough. Since the Khojaly tragedy took place, Azerbaijan has been gaining in strength, becoming a global player and a guarantor of peace in the South Caucasus. Azerbaijanis can rest assured today: their country will defend them!

Azerbaijan does not live desiring revenge but instead exports multiculturalism and tolerance to the world, seeking to a peaceful solution to the Nagorno-Karabakh problem.

Azerbaijan is sending a message to mankind: [The like of] Khojaly must not be repeated anywhere in the world.