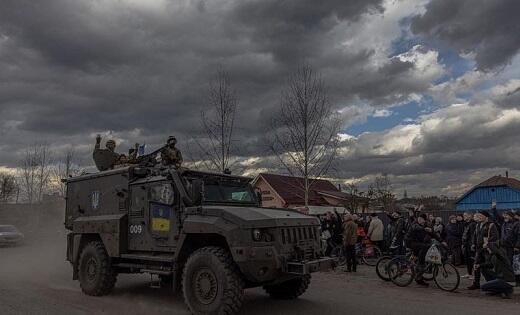 The fighting in the south is the first important stage of the liberation of the territory by the Armed Forces of Ukraine.

Axar.az reports that this was said by Ukrainian analyst Sergey Zgurets.

He said that the Ukrainian defenders are destroying the logistics of the enemy, which is a prerequisite for active action:

"There is no need to create excessive expectations about Kherson and the south of Ukraine. Because the battle for the south of Ukraine is in the first or important stage. Using high-precision missiles, the Armed Forces of Ukraine destroy the invaders' command posts, logistics systems, and air defense systems. Such actions are a prerequisite for active operations on land. At the same time, it is important for Ukraine to destroy ammunition depots and command posts in the Kherson region on the left bank of the Dnieper River. If the command posts of the enemy have moved from the right bank of the Dnieper to the left, it does not mean that the enemy has lost command of the troops. I think that the control process remains."