Onno Kervers will be a new Ambassador 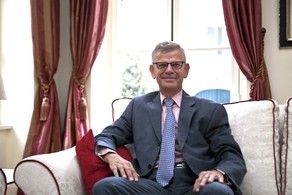 The name of the new Ambassador of the Kingdom of Netherlands to Azerbaijan.

A diplomat Onno Kervers will be a new Ambassador of the Netherlands to Azerbaijan.

He will succeed the current Ambassador Robert Jan Gabrielse. The new ambassador is expected to arrive in Baku at the end of August.

Before that Mr. has Kervers worked in various positions, including as the Consul General in Istanbul. The last post Kervers occupied was the Ambassador of the Netherlands in Venezuela.