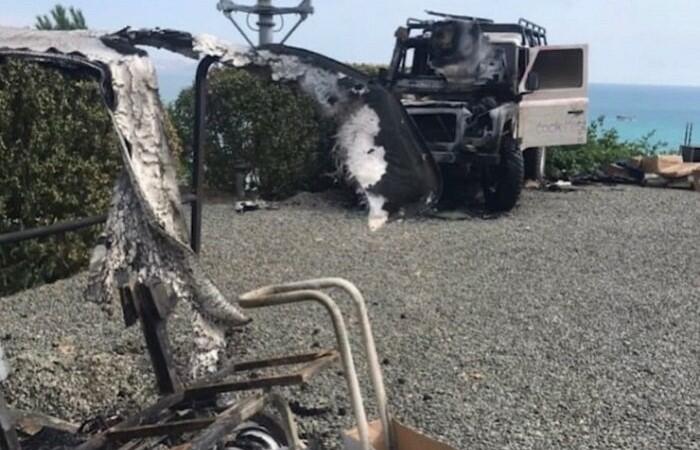 A fire was set near the villa of the well-known journalist Dmitri Kiselyov.

Axar.az reports that as a result of the fire, Kiselyov's "Land Rover" and golf cart (golf car) were burnt.

It was reported that the cars were in the balance of the journalist's winery.

The fire incident on Aivazovsky Street in Koktebel was caught on surveillance cameras. It is clear from the video that the fire was deliberately set: the attacker covered his face, put a hood over his head, and wore gloves to prevent fingerprints.

According to the investigators, Kiselyov's villa was chosen as the target.

The golf car and the Land Rover were completely burnt to ashes.

It should be noted that Kiselyov's winery is also located in Koktebel, near his villa.

Kiselyov is one of the main propagandists of Russia's military operation in Ukraine.