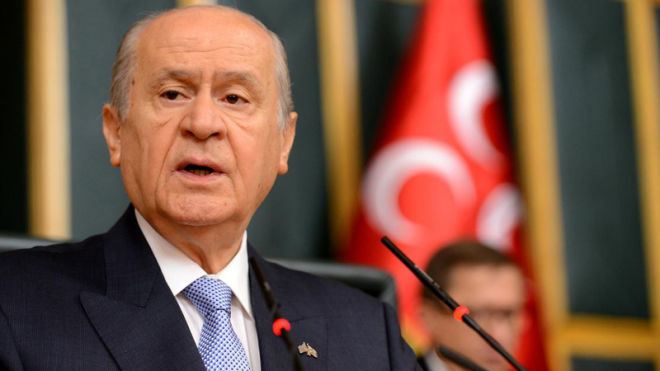 Armenian armed groups killed 518 thousand 305 Muslim-Turks from May 1914 to May 1922... If you want to see the genocide, if you want to know how it was, come to Erzurum. Let them come and see the painful, hair-raising, suffering, torture and crimes that still leave traces.

Axar.az reports that the chairman of the Nationalist Movement Party of Turkiye (MHP), Devlet Bakhchali, expressed these views in Erzurum city, "Towards 2023: the candidate is clear, the decision is final!" he expressed in his speech at the regional rally held with the slogan.

The chairman of the MHP strongly accused the speaker of the House of Representatives of the US Congress, Nancy Pelosi, of her visit to Armenia, recalling that the representative of the US shed "crocodile tears" in front of the fake "genocide" monument in Yerevan, and said that it is not Azerbaijan and Turkiye that oppose peace and stability, but the occupying Armenia.

Emphasizing that it is inadmissible to talk about a fake "genocide" while ignoring historical truths and today's realities, the chairman of the Nationalist Movement Party assessed it as a threat to international law.