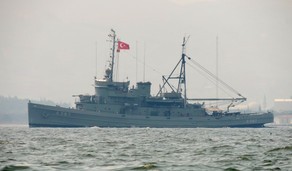 Fourteen Turkish navy ships remained at sea and unaccounted since the night after the attempted military coup in Turkey on the night from July 15 to July 16.

This information was spread by The Times citing the informed by sources.

The publication notes that Admiral Veysel Kosele, the commander of the Turkish navy, has been out of contact since Friday night’s botched coup. It is not known whether he was an instigator of the attempt to oust President Erdogan or is being held hostage by collaborators on the run.