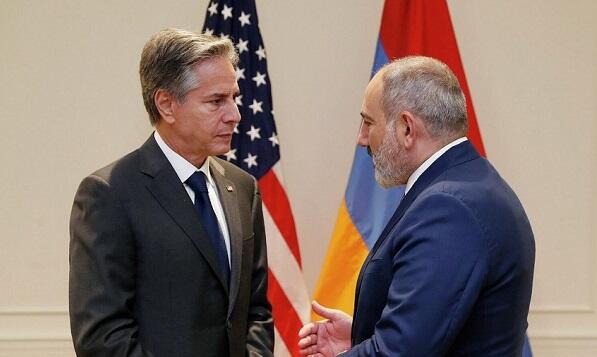 Regarding Pashinyan's statement that Armenia is ready to work around the "Russian version" of peace, Azerbaijan announced that the issue of the status of Karabakh has already ended.

Axar.az reports that Armenian professor Arman Grigoryan, who lives in the United States, said these words about the peace talks between Azerbaijan and Armenia.

"Can Russia accept its version (keeping the issue of the status of Karabakh for the future - ed.) to Azerbaijan?" Is Russia capable of breaking Azerbaijan's resistance against the backdrop of the crisis in Ukraine? If Russia cannot make Azerbaijan agree to this option, I don't know what will happen to the Russian mediation mission and the Russian version of the peace agreement," he said.

The Armenian professor said that US Secretary of State Anthony Blinken's call to Armenian Prime Minister Nikol Pashinyan to maintain the pace of negotiations between Armenia and Azerbaijan is a cause for concern:

"If the negotiations had gone normally, he would not have made such a statement. Something is wrong that Blinken is making such a public statement."

According to him, the main problem in this matter is the competition between Russia and the USA:

"It is quite possible that Blinken's statement was a response to Pashinyan's statement after the tripartite meeting in Sochi, or to some processes that took place. Currently, the main concern of the United States is that Armenia and Azerbaijan may once again be inclined to Russia's mediation."