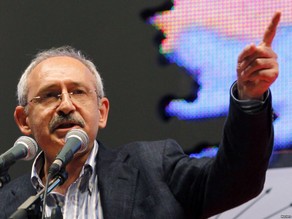 Turkish opposition has declared its position on the decision regarding proclamation of 3-month-state of emergency in the country after the coup attempt.

According to the Turkish media, Republican People's Party (CHP) Chairman Kemal Kılıçdaroğlu said that consultations are being conducted within the organization in regard with the document to be discussed at the Grand National Assembly of Turkey (GNAT) as well as MPs will be free in their choice: 'We support democracy. Group decision shouldn't be taken regarding democracy'.

Notably, during telephone conversation with CHP and MHP Chairmen, Turkish Prime Minister Binali Yildirim asked them to support the decision on announcement of a state of emergency for three months, which will be discussed at the Turkish Parliament.