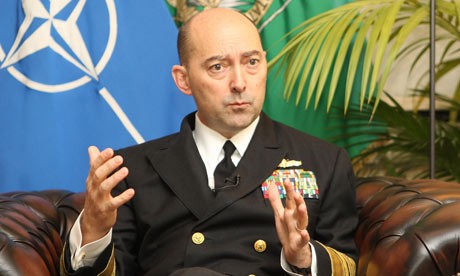 Attempts by the Armed Forces of Ukraine to attack Russian military airfields indicate a new and dangerous turn of the conflict.

Axar.az reports that this was said by James Stavridis, the former commander of NATO troops in Europe.

According to him, the leaders of the Western countries will now force Kyiv to refrain from larger attacks in order to reduce the risk of escalation:

"NATO will work for the alliance not to participate directly in military operations, in order to appease the Ukrainians."