Turkey will review all projects with Russia 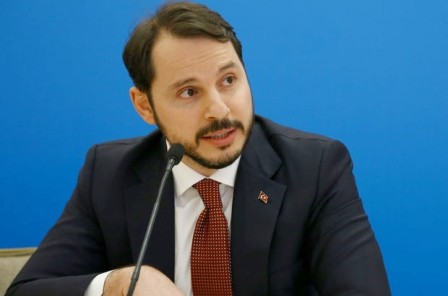 Turkey will reassess all projects with Russia, said Turkey’s Minister of Energy and Natural Resources Berat Albayrak in his interview with Haber Turk TV channel.

“Turkey will reassess all projects with Russia after the crisis in relations,” said the minister.

He added that the normalization of relations is for the benefit of both countries.

Turkey and Russia intended to implement a number of energy projects, such as the Turkish Stream pipeline and the construction of the Akkuyu Nuclear Power Plant. These projects were frozen after the crisis in the two countries’ relations.