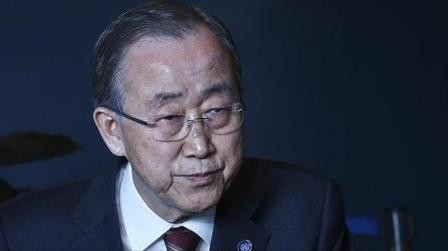 The head of the UN on Wednesday expressed solidarity with the government and people of Turkey during a telephone call with Turkish Foreign Minister Mevlut Cavusoglu regarding a recent coup attempt.


In a statement from the global body, Ban Ki-moon also offered sympathies to the families of the victims of the overthrow attempt and sought an update on investigations and measures to hold those responsible to account.


Ban recognized "the extraordinary circumstances prevailing in the country following the coup attempt", but "expressed his expectation that Turkey adhere to its international human rights obligations, upholding fundamental rights and universal principles," the statement said.

Turkey declared a state of emergency following the overthrow attempt that resulted in the deaths of nearly 250 people and more than 2,000 injuries.


Approximately 13,000 military, police, judiciary and civil servants have since been arrested and tens of thousands more removed from their posts.