It is possible AKP has Gulenist members 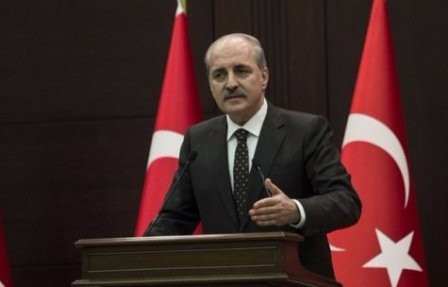 It is possible that there might be members of the Fethullahist Terrorist Organization (FETÖ) within the ruling Justice and Development Party (AKP), said Deputy Prime Minister Numan Kurtulmuş, who added they would be removed just as others were being removed from other spheres of the state as part of the massive crackdown on the organization blamed for initiating the July 15 failed coup attempt, Hurriyet reported.

In an interview, when asked whether FETÖ members might have infiltrated the AKP, and if so, if they would be removed, Kurtulmuş said: “It is possible, because for many years there have been people who were members of this organization within the AKP establishment. Unfortunately they have seen serious tolerance too, both in public duty and in party establishment. They have had deputies. They have had some ministers. These would be considered as well and just like how they are being cleaned from all places of the state, of course the necessary things would be done at the AKP. This process already started following Dec. 17-25,” said Kurtulmuş, referring to December 2013 graft probes involving high level politicians and known businessmen.

Kurtulmuş also said the AKP had challenged the organization with forming a political party at the time and said that Gülenists had no principles, saying it was only a “gang that has desire to rule.”

“By conjuncture, they ally with whoever is powerful,” said Kurtulmuş, upon a question over any possible links between the organization and the outlawed Kurdistan Workers’ Party (PKK).