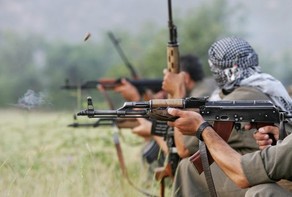 PKK terrorists have attacked a military base on Turkish-Iraqi border.

According to the information, the armed incident took place between Turkish servicemen and PKK terrorists.

As a result, 2 servicemen were killed and 6 wounded.

Additional forces have been sent to the region, positions of the terrorists on Turkish-Iraqi border shelled as well jets bombed the territory.