Ambassador: "SGC is a strategic project for the EU" 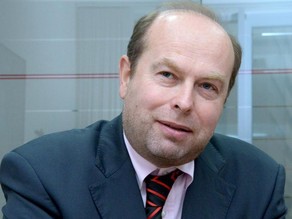 Discussed in the course of the meeting were different issues concerning cooperation within the framework of the Caspian European Club (Caspian Business Club) and Caspian Energy International Media Group as well as opportunities for expansion of contacts.

Axel Wech has positively assessed the activity of the Caspian European Club (Caspian Business Club) and events held by the Club, as well as an opportunity of Austrian companies to participate in business forums in order to expand bilateral relations and establish new business contacts.

According to the Ambassador, the Southern Gas Corridor (SGC) is a strategic project for the EU. “SGC helps us to diversify gas supplies, but it is not the only project”, the Ambassador emphasized.

“Unfortunately, a small amount of Austrian investments flows into Azerbaijan. I think that security of law is the main thing for investments”, the Ambassador underscored.

“Azerbaijan has to diversify its economy. For instance it has a trade surplus in its exports to Austria but this surplus is based on oil and gas export. Export of oil and gas to Austria makes up to 92% of goods turnover between our countries”, the Ambassador said and noted the importance of diversification in this regard.
“It is a hard process. Focus should be set on non oil business like the agriculture. Azerbaijan should be turned into a transport hub. President of Azerbaijan Ilham Aliyev is currently implementing reforms, but time is needed to have them implemented”, Axel Wech continued.

“There are many Austrian companies participating in different projects in Azerbaijan. The majority of companies, which I communicated with, expressed an intention to continue their work in Azerbaijan, a wish to cooperate in the long term. I find it a very good indicator that companies keep staying here despite the global crisis. I would say that we are interested in cooperation in the field of agriculture, tourism, construction, environmental technologies, ICT and infrastructure”, Axel Wech continued.

“We try to focus our efforts in the field of culture and plan to conduct the Viennese ball in the first half. Apart from this, a big Austrian company will hold a number of sport events”, the Ambassador noted.